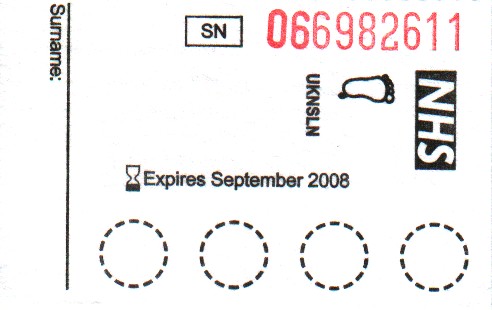 A piece of card (with a filter paper like texture) onto which neonatal blood from a heel-prick is impregnated as several discrete spots.

Sometimes referred to as the Guthrie test, but, strictly speaking, this refers to the original test for phenylketonuria. Robert Guthrie suggested that the card have more than one test for anticipated future expansion.

The spots of blood are subsequently extracted and analysed for the purposes of neonatal screening for various conditions, particularly those where early intervention prevents morbidity.

The first condition screened for was phenylketonuria, which remains part of the UK screen, but further conditions added include:

See the UK Newborn Screening Programme for more information. Thalassaemia is part of the programme, but screening is based on antenatal genotyping of maternal blood to look for carrier status.[2]